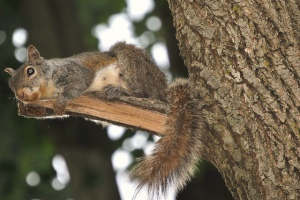 Today I have another follow-up with my breast surgeon for my second post-op appointment and I am still waiting for my oncologist to say yes he has read my oncotype report.  Today is also one of those disgustingly hot,hot,hot July days where even the bees are feeling lazy.

So this morning as I was walking my dogs, this quasi careening older Mercedes-Benz went by me on the road.  Instead of stopping at the stop sign, once again as I had seen many times before, this car just sailed on through, turning and not even signalling.  And damn I know who the broad (and she is an old broad) is who is driving.   She’s not a close personal friend, more like a temporary transient.  It’s the wife of this guy who is renovating a shit hole of a house in my neighborhood – a “family” home that sat and rotted for at least a decade with people in it, but hey, that’s another story.

As I wander farther up the road I see the woman removing cheap perennials from her car and decided that yes today I was finally going to ask her if she would kindly stop at the stop signs in the neighborhood.  Sounds easy enough, right?

“You can ask me a large favor” she replies magnanimously.

“Ok, well… would it be too much to ask you if you could remember to stop at the stop signs in the neighborhood as we have a lot of people on foot and small children?”

“I always stop at the stop signs” she says in a voice that has changed tones to one that sounds remarkably like soothe the pet parakeet.

“No ma’am you did not just now, and have not for months” I replied.

Alrighty at this point I have had enough and say “Ok Princess Di, so your potential profit margins on flipping a house has nothing to do with it?”

“You should treat me with respect” she says

“Respect is earned. All I am asking is that you stop at the stop signs” I reply

Well then Princess Di went off on a tangent reverting to broad status (my grandmother always said breeding would tell), and proceeds to follow me up the street yelling at me. She finishes her tirade with “I am going to call the police and tell them you are harassing me” at which point I turned and smiled and said that not to put too fine a point on it, but if she wanted to make a case for that she would have had to have stopped talking  15 minutes ago and not followed me up the street yelling when I was no longer saying a word and just walking.

She said something else about something, something ungrateful and I turned and said to her softly with a smile on my lips that when she called the police to make sure that she told them that one of the women in the neighborhood with breast cancer asked her politely to stop running the stop signs.

That actually shut her up.

I don’t know , but some days, this whole having breast cancer has made me completely intolerant of idiots.  I mean really?  Was she renovating this house just for moi? If I had known I would have requested she remove the asbestos siding not paint it baby’s diaper bag yellow.

See, I told you it was sublimely ridiculous.

Writer, blogger, photographer, breast cancer survivor. I write about whatever strikes my fancy as I meander through life.
View all posts by carla →
This entry was posted in Uncategorized and tagged breast cancer, life, subliumely ridiculous. Bookmark the permalink.