no, wouldn’t wish breast cancer on anyone 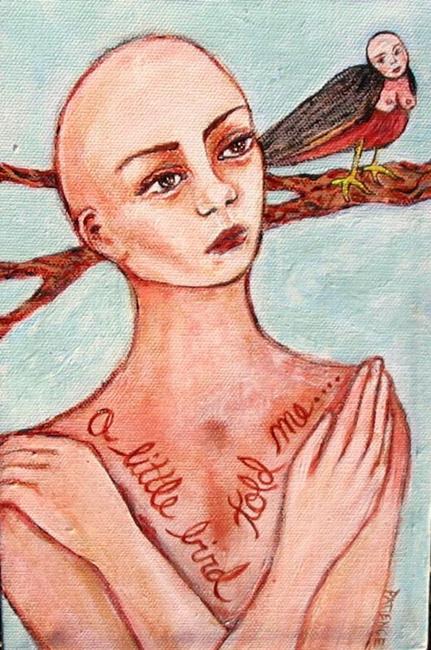 This is probably going to be a strange and meandering post.  First of all, please, please, please do NOT send me any breast cancer awareness month anything. I think Pinktober is bullsheit and I keep saying it…and yet…I get things sent to me. Every damn day during October.

Really? Come on now, anyone who knows me even only through this blog knows I. Hate. Pinktober.

Now for betwixt and between.

Recently I donated to a Go Fund Me of someone I know, who is not a friend. She faces a double mastectomy tomorrow I am told.

I was conflicted about donating at first.  Because this is someone who at one time I thought would be a friend and was a new friend for a while. Then she betrayed that.  I remember that at the time it hurt quite a bit.  I was new to where I currently live and I thought when we met that she was nice and bubbly. Can’t say I wasn’t warned by other friends, because I was.  But I wanted to believe the best in her. But that isn’t how it played out and I walked away. Without regret.

The last time I spoke to her was a few years ago was when she called my cell phone rather randomly to see if she had seen me driving a particular car as she passed me on the main road near my own road.  I told her yes, and that was the end of the conversation.

I have heard dribs and drabs about her since then.  I did not really pay any of it much mind. Until recently. A friend asked me if I knew that she had been diagnosed with breast cancer. Obviously, as she is out of my orbit, I did not.

I then saw the Go Fund Me. Would she do the same for me if I had one? Probably not.  But that is not the point is it? I gave a small donation because I wouldn’t wish breast cancer on anyone. And she has children.  They need their mom. It’s pretty much that simple.

I like to think that paying it forward is just the right way to be.

A double mastectomy is nothing to joke about. That is serious surgery. She is not the only one going through it, either. Someone else she knows is, and I have a couple of friends dealing with this now. I said years ago when I was first diagnosed that you do not realize how many are struck with this disease, even in your own world, until you are diagnosed.

I lost my friend Mary this past summer.  That was a tough one. She was the most positive person I have ever known who lived with (and died from) metastatic breast cancer.

Another friend, a newer friend, is living with metastatic breast cancer and was married to someone I knew for about 30 years.  I say was because he also passed away this summer.  He was her support system. Not all of it, but come on, much like my sweet man is to me, he was a huge part of it.

I still remember when he called me the day she got her diagnosis. He was terrified and calm on the phone all at the same time.  Because when everyone finds out that a loved one has this diagnosis, it’s like ping pong balls careening off the inside of your head.

I worry about his widow, my friend, but this woman however has amazing  grace. Pure and simple. I am lucky to know her.

And these are all of the people I think about and wondered what they would do if they were in my position.  And I would like to think they would pay it forward, which is why I am. People are hosting a fundraiser for this other woman from the Go Fund Me  in November. I am not going to attend because that I just can’t do.  I also do not think it would be appropriate. She will be a few short weeks out of surgery and should be surrounded by those who truly care for her.  Gawkers and curiosity seekers need not apply.

Truly, I hope her surgery goes well. I hope her recovery goes well. But for the Grace of God go any of us and well, I already have danced with the devil known as breast cancer. I am lucky and I am blessed.

I read a piece from Time Magazine from 2016 again today. It was about the history of breast cancer activism essentially. Very profound.  I will leave you with this excerpt to think about:

Today, activists are pivoting their focus from awareness and early detection towards saving the lives of patients who have progressed to advanced stage IV disease, or metastatic breast cancer. And breast cancer activism has evolved from individual patients voicing their own experiences, to the formation of community support groups for cancer survivors, to political organizing for a cure. It has grown from a small grassroots movement to a widespread network of professional advocacy. Critics point out that, along the way, the struggle against breast cancer has been exploited by companies co-opting the pink ribbon to advertise their own products or bolster their image. But before all of that, it was a movement about giving women the courage to speak openly about their bodies, and the agency to decide their preferred course of treatment when faced with a serious illness.

Paint for Pink — Where Graffiti Meets Education and Health for Breast Cancer Awareness — in Newark, NJ 2016

Writer, blogger, photographer, breast cancer survivor. I write about whatever strikes my fancy as I meander through life.
View all posts by carla →
This entry was posted in breast cancer and tagged #PayItForward, #thinkbeforeyoupink, breast cancer, frenemies, life, random thoughts. Bookmark the permalink.

1 Response to no, wouldn’t wish breast cancer on anyone