update on healthcare drama, or can you hear me screaming 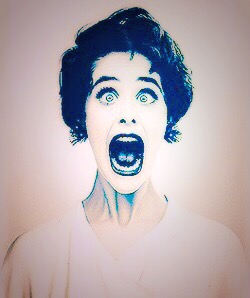 I don’t really drink but dealing with health care in the advent of the Affordable Care Act otherwise known as Obamacare is enough to make you start.

Actually that’s an excellent idea! Somebody should invent the Obamacare drinking game.

I have tried everything to try to get Aetna to talk to me about my issues as an existing subscriber and over the past couple of days I even have been resorting to tweeting at their chairman and Aetna in general. (@mtbert and @aetna and @aetnahelp)

Anyway I took a look at the calendar today and realized on top of all my other issues with Aetna I had not received an invoice. After all you need an invoice to pay your next month’s healthcare premium.

So I took a big deep breath crossed my fingers and made another call to the member services number. Remarkably for once I got a stateside call center. The Philippines must’ve been on vacation. (Do you sense sarcasm? Good! I meant it.)

I got this really nice lady who confirmed my worst nightmare fears: that I had been put into a plan by Aetna that after being told by Aetna all my doctors were in it, to find basically none of them were in it.

Yes, seriously. At this point I was silently screaming in my head. so this lady promised she would send this up the food chain and call me tomorrow.

I got off the phone and my head was spinning and I was filled with what can only be described as a sense of pure panic. How could I have spent all those hours with Aetna representatives going over plans to ensure I have the coverage I needed only to pay for a plan that had none of the coverage I needed?

So as I sat in my family room trying to absorb the craziness of everything involving my healthcare all of a sudden the phone rang. it was someone from Aetna, someone from the Nashville office who had originally put me in this plan that has caused nothing but problems since I paid the premium to bind it.

Almost 3 hours later I think I have a new plan. And what I learned is I never should’ve been shown the plan that I have started 2015 in. What I also have learned is basically if you’re a breast cancer survivor and you need a certain level of care most HMOs are not gonna do it anymore. I have had to switch to a PPO. And yes it’s considerably more expensive. But I don’t have a choice I can’t play Russian Roulette with my health.

I think this is set, but this guy said he is going to call me back early next week.

I am exhausted after this whole ordeal today. It boggles my mind that I’ve always kept myself covered by health insurance and,well, I thought it was a hassle before, it is worse now to deal with I feel. And why is it that we as Americans have to go through this? It’s crap.

My answer to my somewhat rhetorical question of course is politics and corporate America. I will say it until it changes, if it changes. There is no point to “reforming” healthcare in this country if they are not also going to reform the actual insurance companies themselves. I also think politicians need to keep their political agenda out of our healthcare as well.

Like everyone else I know, I am not asking for a handout, I am only looking for the healthcare I need to maintain at a price that allows me to breathe and pay for everything else in my life.

Personally, I feel that for what Aetna has put me through in the past few weeks that I not only deserve good customer service, they should be throwing me a bone and knocking some money off my premium for aggravation and time wasted. But that won’t happen and basically I will just be lucky to get insurance that gives me the coverage I need finally.

It shouldn’t be so god damn difficult to get sufficient to your needs healthcare coverage as a breast cancer survivor or anyone else in this country. In a nutshell it’s bullshit. And I know I don’t normally curse on this blog, but enough is enough already.

Needless to say I’m holding my breath and won’t relax until I know this mess is all straightened out with Aetna.

Thanks for stopping by.

Writer, blogger, photographer, breast cancer survivor. I write about whatever strikes my fancy as I meander through life.
View all posts by carla →
This entry was posted in breast cancer, health insurance and tagged Aetna, affordable care act, obamacare, problems with t aetna. Bookmark the permalink.

2 Responses to update on healthcare drama, or can you hear me screaming