my state of “denial” 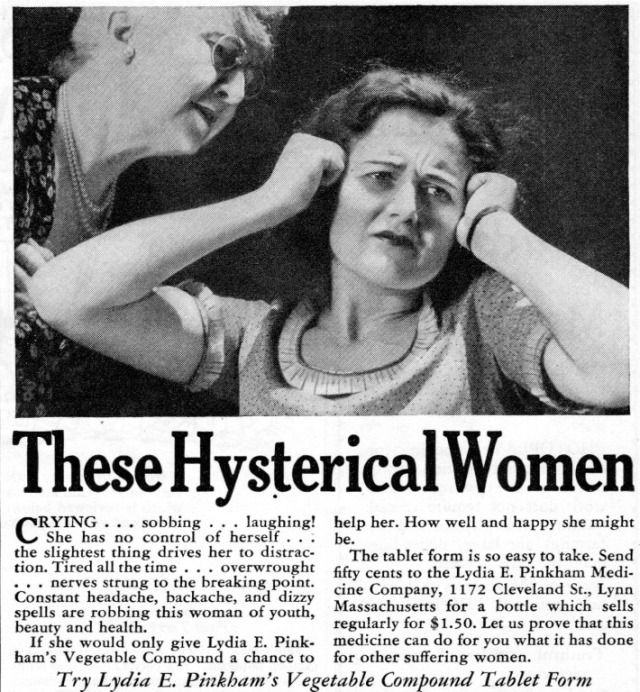 My hysterectomy post surgical care has been DENIED by Aetna. 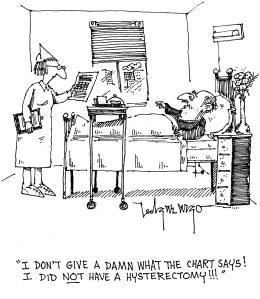 Apparently spending over 4 hours on a surgical slab (instead of the projected 1 1/2 hours) having a COMPLETE hysterectomy, having almost as many things I am allergic to as my mother (even with an arm full of plastic allergy warning bracelets I did have an allergic reaction to SOMETHING while I was there a couple of times), indeed had severe pain…..it  wasn’t enough for them to cover me for post-surgical care.  Which was a matter of hours, not a matter of days I might add.

Apparently the scar tissue, cysts, and fibroids they removed along with my uterus, fallopian tubes, and ovaries wasn’t enough to cover me for post-surgical care.

Apparently, according to Aetna, a full hysterectomy is supposed be the same as ordering a burger and fries from the Wendy’s or McDonald’s drive-thru. Or like having a hang nail snipped off during a manicure.

What woman wakes up, snaps open her compact, powders her nose and says “Oh goody, I am going to have a hysterectomy today!”????

My surgery was medically necessary and so was my care.  Who the freak knew Ebeneezer Scrooge was behind decision-making for major gynecological surgeries at Aetna?

The irony is I have now spent a couple of weeks flat on my back recovering from this surgery.  I have had to come to terms and acknowledge to myself that yes this was major surgery. But to my health care insurer, it was just like a drive thru burger and fries or getting a hang nail clipped.

As far as Aetna was concerned I guess I was supposed to leap up off the operating table and rip out the catheter and sprint for the hospital exit.

Good to know as a woman I am valued.  Or is it I am only valued as a woman as long as I make no claims against my policy?

Note to the Obama administration: Obamacare is a big fat zero because the same old stuff keeps happening.  I was pushed out of the hospital after my breast cancer surgery and now this. I am done. This is B.S. and I am done.

I am throwing this back into the lap of my hospital and my surgeon.  There is no reason why I should not have been completely covered.  I figure if I can pay the outrageous pre-surgical co-pay BEFORE I have my surgery or they won’t give me my surgery than they can figure this out with Aetna.

I don’t know about you but I am tired of this nonsense surrounding “female” surgeries for lack of a better description. Because we all know if this was involving a man’s penis or a man’s horrid reaction to a little blue pill, it would probably be covered wouldn’t it?

Of course now that I am publicly complaining about Aetna, will they find a reason to cancel my policy even if supposedly they are not able to under Obamacare? See that is the thing: we are at the mercy of health insurance companies and conniving politicians.  Is it about our care or their profit margins and campaign finances?

Bottom line in the end: my doctors planned my care. They didn’t do anything unnecessary. This is crap.

Writer, blogger, photographer, breast cancer survivor. I write about whatever strikes my fancy as I meander through life.
View all posts by carla →
This entry was posted in Uncategorized and tagged Aetna, Barack Obama, breast cancer, bullshit, health insurance issues, hysterectomy, Obamacare sucks. Bookmark the permalink.

6 Responses to my state of “denial”