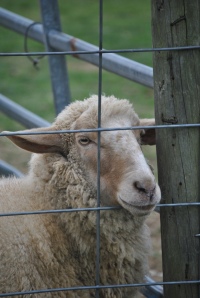 Two New York Times articles are a must read for women.  One is on the benefits of radiation and one is another do women really need mammograms article – again, both from the New York Times.

With regard to mammograms, a mammogram did not save my life because my cancer did not show up as abnormal on a mammogram OR a breast ultrasound – I needed to get a needle biopsy before that happened.  Then of course I was able to get a breast MRI which did show things…but how many steps did I have to go through? That was the nature of my cancer, but not so for every woman.

All that aside, I will not turn down my right to have every test I can get to screen me from breast cancer. Women in the United States need access to what women in Europe now have access to – those 3D machines from Siemans – the breast tomosynthesis machine or whatever.

Women deserve access that is affordable to every test they can get to save their lives.  Period.  If there are women out there dumb enough to not take care of themselves, that’s on them.  But me? I am a survivor and I want to live a long time.

No, a mammogram is not a cure, but it is a tool that women should have access to.  I fear this will open another conversation where then women will NOT be able to have tests. We’re not sheep here.

The second article on radiation – as in the benefits after breast cancer surgery.  After all my weeks in the giant microwave this was nice to read.

By TARA PARKER-POPE  New York Times “WELL”
Has the power of the mammogram been oversold?At a time when medical experts are rethinking screening guidelines for prostate and cervical cancer, many doctors say it’s also time to set the record straight about mammography screening for breast cancer. While most agree that mammograms have a place in women’s health care, many doctors say widespread “Pink Ribbon” campaigns and patient testimonials have imbued the mammogram with a kind of magic it doesn’t have. Some patients are so committed to annual screenings they even begin to believe that regular mammograms actually prevent breast cancer, said Dr. Susan Love, a prominent women’s health advocate. And women who skip a mammogram often beat themselves up for it……“You can’t expect from mammography what it cannot do,” said Dr. Laura Esserman, director of the breast care center at the University of California, San Francisco. “Screening is not prevention. We’re not going to screen our way to a cure.”

Radiation treatment after surgery for breast cancer significantly lowers the risk that the disease will recur in the breast or spread lethally to other parts of the body over the next 10 to 15 years, researchers say.

The new findings mean that radiation prevents recurrences for a longer time and saves more lives than was generally recognized, said Sarah C. Darby, a professor of medical statistics at the University of Oxford and an author of the report.

These reassuring results, which were reported Wednesday in the British journal The Lancet, are based on an analysis of 17 studies involving 10,801 women in Europe, Canada and the United States. All had cancers small enough to be treated with breast-conserving surgery, meaning a lumpectomy or other procedure to excise the cancer without removing the entire breast. Women were picked at random to receive radiation therapy, or not, and followed for a median of 9.5 years. Some were tracked for as long as 20 years.

“It’s only been relatively recently realized that radiation has such a big effect on mortality,” Dr. Darby said, explaining that this positive outcome was at first not recognized because it takes five years to show up.