deflated is NOT defeated 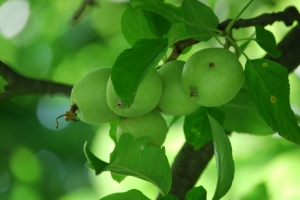 Well, I received another reply from another publication asking me to write something in their prescribed guidelines and it would be reviewed by their editorial staff…so I will!

Now onto the title of this post – the funny thing about going through this is watching the changes in your body as a woman.  Not that the changes are funny as in “ha-ha”, but some days there is this weird sort of detachment as I literally look at things.  Today we have change.

Since my surgery my left breast has been swollen and sore. Sometimes painful.  But all watched over carefully by my docs and healing normally, whatever normal is because I am not quite sure some days.

So today my 1 7/8 breasts are different.  The left one, where I had the surgery has decided to not be puffy any longer and is starting to deflate.  I found myself looking in the bathroom mirror at it this morning when I got out of the shower and I felt like I was back in 7th grade looking at the frog on the plank waiting to dissect it.

Wowwww…..look at that……it’s different…..it’s like the little balloon that got popped….so far not so dramatically deflated that I will start making pancake jokes to myself, but definitely different.

Still no oncotype back…really, I could do without the chemo.  Pray for the low-end of the scale.  I don’t mean to be a Big Baby, but chemo is a little freaky deaky for me. I will do it if I have to, only I don’t want to…does that make sense? I mean for christ’s sake the idea of glowing like a lightning bug from radiation for seven weeks is enough some days to think about, capice?

I have a new blogger pal who has a blog titled tastethefireforyourself/ in the mercy seat – she articulates a lot of this much better than I at times.  Read her blog. She’s one cool chick and I think she deserves a shout out.   She is the one who has helped me get through a lot whether she realizes it or not.  Why?  Because her blog is just so damn honest.  She also had the courage to track the changes in her breast from biopsy thru surgery.

Onto other things breast cancer- what does everyone think about the FDA and the stand they have taken on Avastin?  I am a new kid on the block, and would love breast cancer gals to weigh in/and or their loved ones.

Time: Breast Cancer Survivors Plead With the FDA for Avastin

And other breast cancer news du jour?  Long Island Based breast cancer charity, Coalition Against Breast Cancer is being sued.   The State of New York says something like $9 million solicited in donations wasn’t really spent on “the cause”?  You know what?  There are a lot of great charities that actually DO help women, so look at them.  Don’t be turned off to breast cancer charities due to this story.

Final note?  I found that Women’s Day Magazine online has a spot from October 2010 that links to a few more breast cancer blogs.

Ok my peeps, my peeps…over and out.

1 Response to deflated is NOT defeated