the windy road of life…. 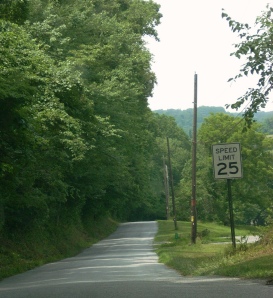 Breast Cancer is one of those things that just opens your eyes.  You re-evaluate even the most mundane things.  But one thing that you really are forced to dwell on are your relationships with other human beings.

I am not super woman, but I like to think that I have pretty much been there for people when they needed a friend, needed a little help, or needed an ear.  You don’t do things for other people because you are keeping a mental score card, but still it is always amusing to see what happens when you suddenly find yourself more vulnerable and in need, so to speak.

I have the friends old and new who are just quite simply amazing.  They just check in and even just say hi.  They don’t judge and seem to get how this thing that has happened has indeed changed me.  Because it has.   After all, how can it not?  These friends don’t get bent out of shape if I don’t surface for a few days and seem to be nesting more and more quiet  for lack of a better description.  They get just get it, and they just get me.

I am fortunate as I have literally lifelong friends and friends  I have made within the last 10 to 15 years who are equally amazing whether male or female.   Take for example,  I have two friends in particular who are dealing with cancer and other diseases who are even more fabulous because they find the time to offer comfort and support, while in the midst of their own battles.  They have taught me that it is o.k. to see the humor and cry when you want to.

Some people I am assuming are just tied up in the drama of their own lives, and I really haven’t heard from them.  At all.  I am trying to not be hurt by it and just be accepting, but some days it’s hard.  Especially since when a couple of these people had tough days where no one would listen, I tried to be there.  But such is life, and you live and literally learn.

Life is like a journey down a country road – some days it is straight and clear and you can see far, far ahead of you and other days, the road is windy and dense in the woods and you can’t see around the next curve.  But we just have to roll with it, don’t we?

Last week I put it out there that I need to change my job because the stress and other things involved in it are not good.   I am amused no end that this post has been read a whole lot, yet no one has commented.   Thunderous silence in fact.  Here’s hoping for the best there….I am not asking for a hand out, only a hand up.    I have referred and connected dozens of people over the years, it doesn’t hurt to do this.

It’s a crappy economy, yes, I know.  After all four years ago when I became part of a reduction in force of a major corporation who was trimming out anyone and everyone before they became one with another major corporation I learned the realities of looking for work in this country: it’s hard.   And when I became part of this RIF I began to learn how non-supportive my ex was – that became about him, probably because there would be no more fabulous corporate health benefits.

It took almost a year then to find a job and I felt like Alice in Wonderland because I had been a relatively happy camper who was a small cog in a large wheel of corporate America.  And I had been at this company for a decade.  If the economy hadn’t started to tank and all, I would probably still be there.  But this new job now three years old? I pay my own health benefits and there is also a high stress component to it.  And it has always felt uncertain and precarious, not that any job today is especially secure.

And when you look out there as to other opportunities, you realize what a shit hole this country is.  Some days I feel like the US is a third world country with modern conveniences.

I am a woman who has been on a journey, and I have met each obstacle with as much grace and humor as possible, but I am at a space in my life where I really need to depend on the kindness of others and it’s a little like  walking a tightrope without a net underneath to catch you if you fall.  I realize that this is all part of being a grown up, but some days it’s just a pain in the ass.

I have no idea if I am articulating any of this well at all, and this is just yet more of my flowing stream of consciousness as I go through this phase of my life.

Thanks for stopping by.  Now back to your regularly scheduled programming…

Writer, blogger, photographer, breast cancer survivor. I write about whatever strikes my fancy as I meander through life.
View all posts by carla →
This entry was posted in Uncategorized and tagged be positive, breast cancer, life, situation wanted. Bookmark the permalink.

6 Responses to the windy road of life….