out, out damn lump 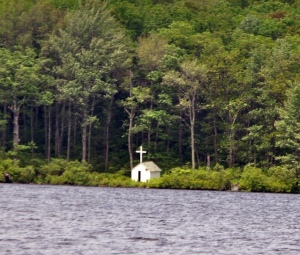 Greetings from the land of pain management, this is Julie McCoy your cruise director. (Savor the moments people, because rarely am I so mellow.)

The news of the Rialto?

C’est comme ça: it’s out and the margins were hopefully clean and as foggy as I am, there is no road map under my arm pit, so the lymph nodes I believe are doing a happy dance. My surgeon left me a message when I was napping and said the outcome of the margins won’t be  truly definitive until the final word from pathology but we’ll just be thinking positively, o.k.?  She did say the nodes looked good, but added the pathology disclaimer…. The funny thing is I remember someone between recovery and the room they put me in saying the margins looked good.

My blood pressure did kind of go on the high side when I hit the hospital, but I feel so different now – LOL the pain pill helps (which means this might not be one of my most articulate writing ventures).  My sweet man, my mother, and my Jewish mother kept me company.  And yes, I did go to church yesterday for a little check in, and one of my mumma’s sets of rosary beads came to the hospital and went home with my mother.

I have to be honest, after they took me into the day surgery staging place and stuck that mask on me, I remember nada.  The next thing I remember is waking up in recovery, then they moved me to a room for me to wake up before home. And snippets of conversation here and there.

One thing that sucks is the pain.  I have a very high pain threshold, got that from my father, and this hurts like a mother f-er.  Now it’s a la-la land kind of hurt…but it’s an ouch. (As was that co-pay from hell)  I think I still have my nipple.  Truthfully, I forgot to ask – so I won’t know until the bandages come off.

Now let’s talk about Rite Aid.  After all, with them, it’s personal, right?  So I had to go in personally to get my meds.  They need to buy a clue when they leave someone who has just had surgery, said they just had surgery standing there at a counter  for like 10 minutes when there were 3 people free. They got super-duper crabby me on that since part of pain management is not being on my feet forever. I am rather peeved about that, and it was undoubtedly because the regular pharmacist wasn’t on today.

But seriously?  When I said to them not to be a bitch but I am just out of surgery and can’t be on my feet forever and am in pain, they did not exactly hop to.  Then I said it again – hello? I just had breast cancer surgery do you MIND?  And then it was another 20 minutes or so.  And while I was waiting I went up to the front to speak to the store manager.  And he says to me he can give me a number to call.  I looked at him like he had six heads.  I told him this was his store and that was his damned job. I mean, seriously, what wasn’t they did not get about the situation?  Grrr.

Ahh and something else I have been meaning to write about: bullshit Chevrolet. What up with Chevy who doesn’t think a community partner with LBBC (Living Beyond Breast Cancer) is important enough to deal with?  Chevy is some kind of community partner for them.  But is this partnership altruistic on the part of Chevrolet or self-serving?

I have to ask at this point, is  Chevy just using LBBC?

First Friday is June 3rd. The local charity for June is LBBC, and  this event  has a CAR parade in it.  First Friday  contacted Chevy to see if they would like to help some small way due to LBBC’s participation. Chevy gave short shrift. SHAME ON CHEVY. Heartbeat of America my ass.  As a matter of fact, the Chevy rep who spoke to the First Friday volunteer basically said something along the lines of what would they get out of it.

Seriously?  It’s a CAR parade and a charity they sponsor is involved.  And oh yes, other car manufacturers who have been involved in years past have actually sold cars because of this exposure.  I do the publicity for First Friday and normally the photography and when I got my diagnosis I asked specifically if LBBC could be involved even if I would be under house arrest so to speak and not there.    So as a woman with breast cancer, I think Chevy has a lot of nerve.  I am extremely personally offended as a matter of fact.  Maybe I am being silly, but it’s how I feel. And oh yes, I left two comments on their Chevrolet Teams Up with Living Beyond Breast Cancer page and both were deleted – they were respectful, albeit questioning, so I think it’s pretty clear that the only heartbeat Chevy is concerned with is its own.

So Chevy? Part of my pain management today is to tell the world I think you are a bunch of disingenuous turds.

I am a foggy brain and a half.  But I am through the surgery and one step closer to getting through this.

I am going to bed now, people.   Je suis fatiguée

Writer, blogger, photographer, breast cancer survivor. I write about whatever strikes my fancy as I meander through life.
View all posts by carla →
This entry was posted in Uncategorized and tagged breast cancer, cancer, car, Chevrolet Teams Up with Living Beyond Breast Cancer, life, rite aid. Bookmark the permalink.

4 Responses to out, out damn lump