BRCA: will it be a simple matter of genetics? 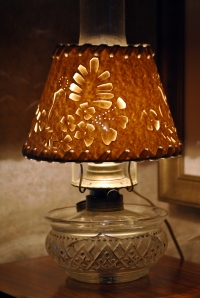 Today was another kinda sorta big day.  I went to Penn Radnor to meet with a genetics counselor.

I not only met with  Beth the program coordinator for the Cancer Risk Evaluation Program, I met with the doctor she works with and whom I think heads up a lot of these studies at Penn – Dr. Bernard Mason.  Couldn’t remember his name until now.  (Due to a Brunette moment).  He told me that   I have met enough of the criteria including cancers popping on both sides of my family in different generations and a paternal grandmother who had breast cancer to test me .

So they drew blood and it will be about 3 weeks unless my health insurance freaks out and takes forever like they did with the oncotyping. (Which they had better not do since I saw their criteria form.)

So now we wait. It will be whatever it will be, no point in worrying one way or the other.   I am alive and kicking, so we’ll just see.

It was an interesting discussion.  They are building a family tree of disease on me  basically.  I had to call my cousin Lauren to see what cancer it was they finally diagnosed her mom, my cousin Suzy with.

I remember when I went to see her when she was on hospice.  They had set up a hospital bed in the downstairs of her house in Quakertown.  It was and still is surreal. It was fall, around Halloween.  For some reason I remember my cousin Lauren was making meatballs in a crock pot that day. The weird things you remember, huh?

I almost went to complete  pieces a little while ago because I just was Googling to find a 6ABC health check report Suzy was in and stumbled across a book I guess her second husband Tom had published.  Called Cancer A Love Story. I would read it, but I can’t.  Don’t know if that makes sense.  When she was sick, so was my father.  She died a year to the day after my father – the exact day a year later.

Anyway, I found this snippet from 6ABC:

OVARIAN CANCER
04.12.06
If you’ve recently been treated for ovarian cancer, you may be able to help a local cancer center develop a test to find this deadly disease earlier, and more accurately. Fox Chase Cancer Center is studying proteomics, or protein patterns, in hopes of finding a biologic “fingerprint” for ovarian cancer. Right now, most ovarian tumors aren’t found till they are advanced, and may have spread to other parts of the body. And the only way to confirm it is with surgery, to remove the ovaries. But Dr. Mitchell Edenson says finding that “fingerprint” could change that.

Dr. Mitchell Edelson/Fox Chase Cancer Study: “If we can pick it up when it’s just limited, or limited to the pelvic area, we have a better chance of curing the cancer.”Dr. Edelson says one challenge is to make a test with no false positives.

Dr. Edelson: “We have to make sure that it trulis only in ovarian cancer, and cannot be explained in anything else.”Suzanne Gallen Lucas had no signs or symptoms before her cancer was picked up through some free-floating cells that appeared in her Pap test. She’s joined the study, which only requires giving a blood sample. Suzanne says it’s a small sacrifice for future generations.

Suzanne Gallen Lucas/Quakertown, Pennsylvania: “I have 3 daughters and a granddaughter. I’d like to be able to think that they’re gonna be spared.”For more information on the study, call 215-782-3672. http://www.fccc.edu

Ironically, her doctor mentioned there was the husband of one of the doctors who used to be one of my gynecologists – before she went into research.

Wow, what a trip down memory lane.

Here’s hoping I have absolutely nothing in the end to BRCA home about.  If I do, we’ll deal with it.  Just like we have dealt with everything else.  But I think it is important for me to do this test and I am glad I did.

If I could just turn my head off after today it would be good.

Writer, blogger, photographer, breast cancer survivor. I write about whatever strikes my fancy as I meander through life.
View all posts by carla →
This entry was posted in Uncategorized and tagged BRCA test, breast cancer. Bookmark the permalink.

1 Response to BRCA: will it be a simple matter of genetics?